He won his third battle at BC Sol

He lost two battles against

The rose of beyblade

I am what is called "Appearances deceive"
Nya Nishiro It is a character created within the anime/manga, series. beyblade burst - beyblade burst super king/(omitting GT).

She is the 01 fan of champion Lui Shirosagi.

She is also considered a close friend.

Nya is egually joyous and positive ,loving and kind even short-tempered people, at first in a relationship she is a bit shy, But then he is more confident , she could do anything to help his loved ones, some may seem foolish and good to everyone, but when she are serious, she really get serious, she does not mind being underestimated or bothered ,nothing or nobody prevents her from acheieving her goals, her personality also depends on who , you treat well, she will treat you well but if not she will be the opposite.

Nya is a south korean girl who decides to take her bleyder roll seriously, making her say goodbye to her beloved parents, as she travels to Japan/Tokyo, where she meets her Idol Lui Shirosagi ,trains and participates in tournaments, until that she finally fulfills her goal, and after believing in meeting your new Friends and becoming one of the best blader, accompany your Friends to more tournaments and activities.

Turquoise blue hair ,she has it tied with two black pigtails, her eyes are light purple with a flash, she wears a salmon pink center with a purple ribbon and short black and stockings, over a classic white chelet with plumage, in the center of his chest with a violet gem and finally his white boots with a small blue border.

Her hair returns to its predestined color, it is loose ,wavy and long blue lavender, her eyes are a different purple shade, she wears a typical salmon pink long sleeve shirt and black leggins with black sneakers.

Occasionally she also wears a pale yellow long sleeve shirt with two gold lines around it, with black shorts and hot too high black sneakers and a gold bracelet around her wrist.

Her hair is blue lavender, wavy and long with bangs on the side , her eyes are different purple shade, she wears a white military uniforn whit a not too short white skirt and gold accents, with a violet choker , a blue ribbon and red diamond-shaped gem, a long cape that covers her from behind with golden touches and finally with long stockings with golden touches that cover almost all her legs and a dark sneakers of the same color as the stockings. 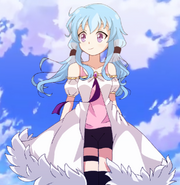 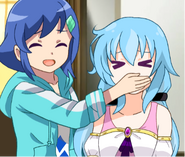 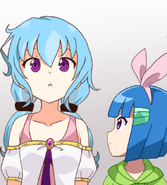 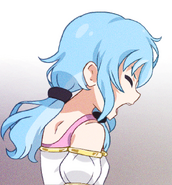 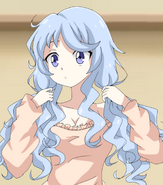 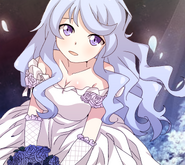 The Rose Of Beyblade

The Rose Of Beyblade 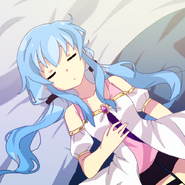 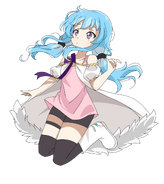 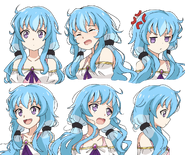 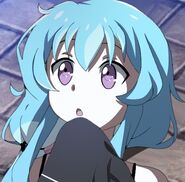 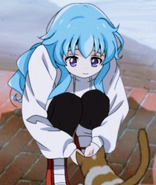 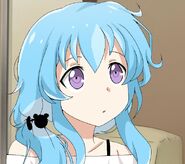 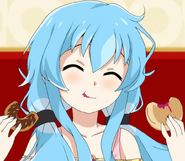 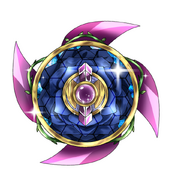 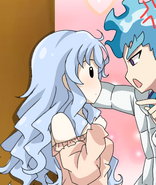 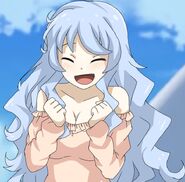 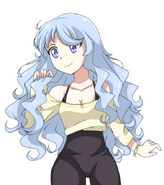 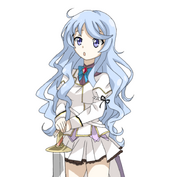 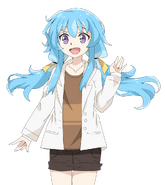 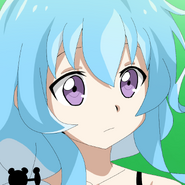 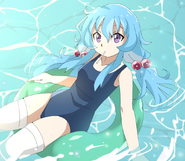 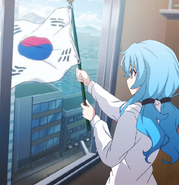 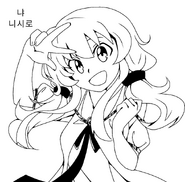 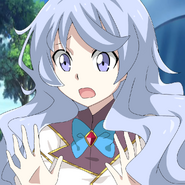 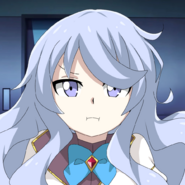 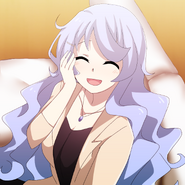 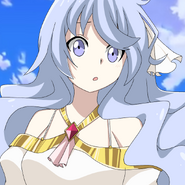 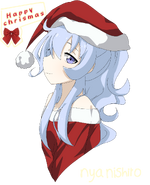 Lui shirosagi and nya nishiro /Photo edit
Add a photo to this gallery
Retrieved from "https://beybladefanon.fandom.com/wiki/Nya_Nishiro?oldid=91534"
Community content is available under CC-BY-SA unless otherwise noted.